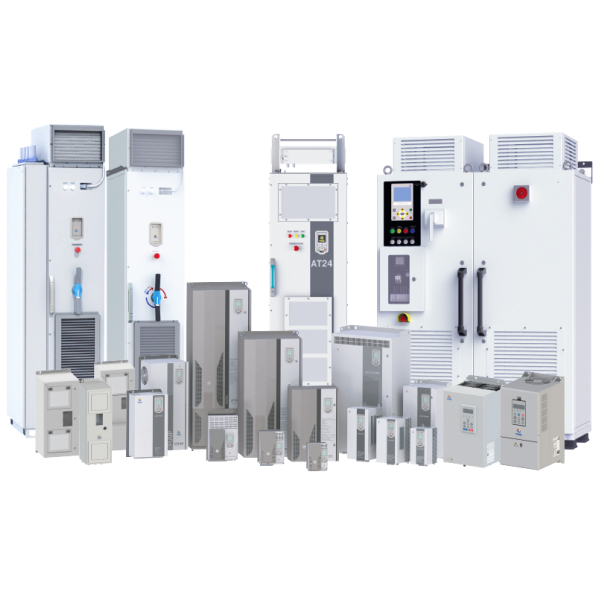 Variable Frequency Drive (VFD) AT24 series is designed to automatically control a wide range of production equipment, systems, and complexes with induction and permanent magnet synchronous motors in various processes. Triol AT24 VFD power range starts from 0.75 kW up to 3.2 МW with the voltage range 380 V, 480 V, 690 V.

8 distinctive lines for your beneficial implementation

Triol AT24 VFD is your reliable partner in investment and cost savings, commissioning at light speed, absolute comfort in operation, power factor advancing, and motors lifetime extension. Film capacitors in DC-link are long-life with MTBF 100 000 hours. No capacitors required within product lifetime. Forget about the need for periodic VFD switch-on for capacitors charging! 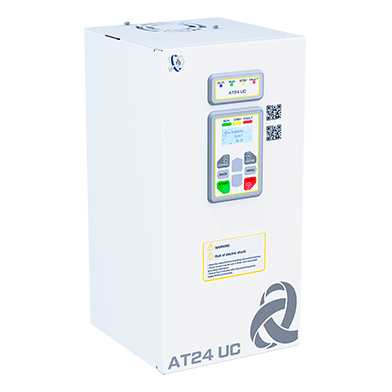 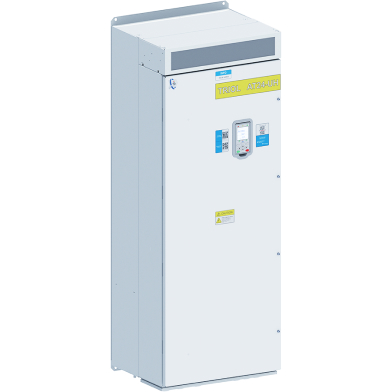 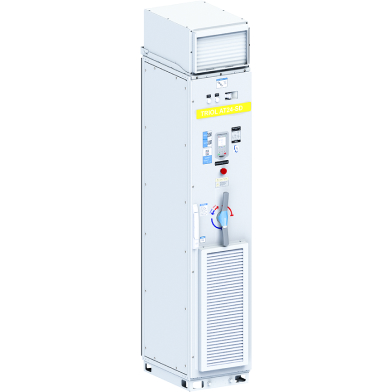 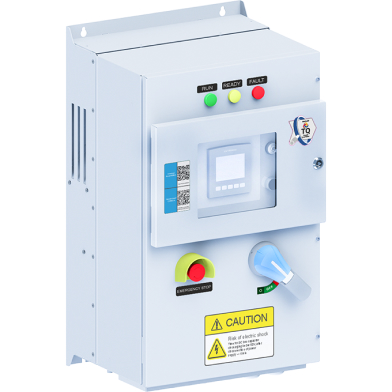 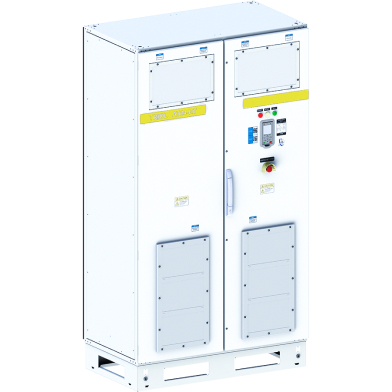 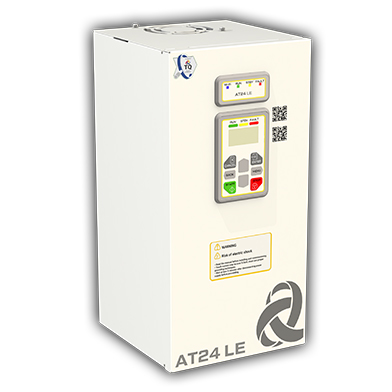 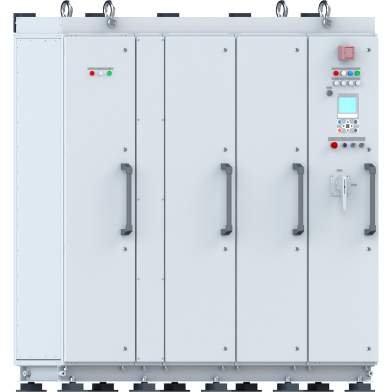 Materials you may find useful 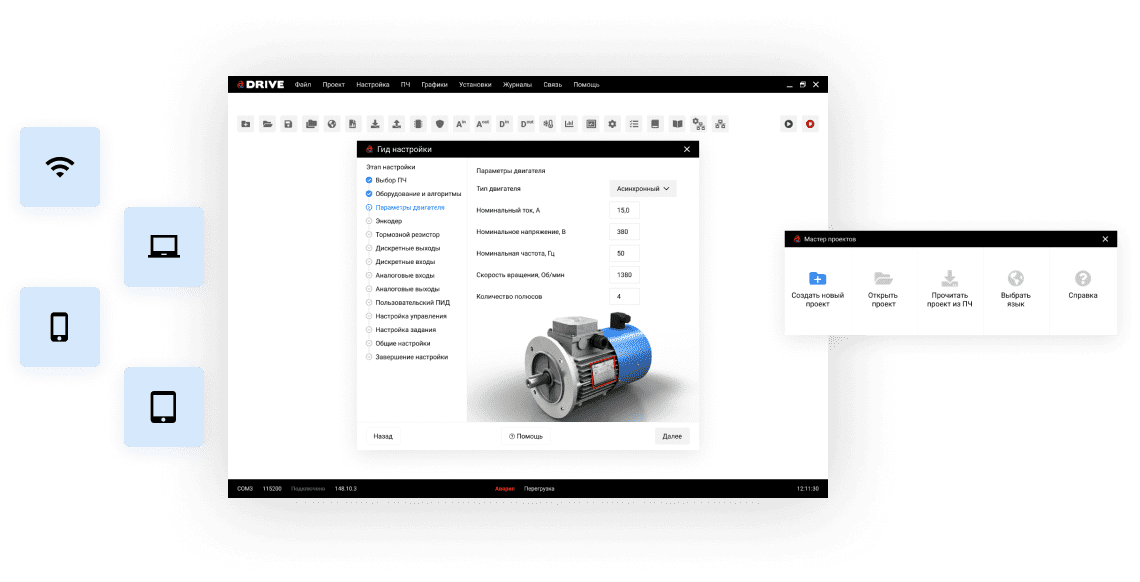 Setting up equipment using a smartphone, tablet or PC.

Allows you to configure Triol AT24 VFD using a personal computer remotely or offline recording the VFD settings. 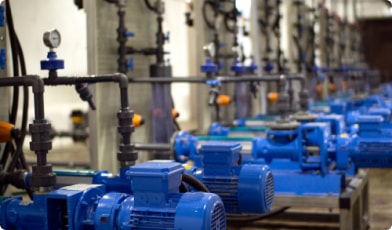 In electrical rooms with air conditioning and heating system 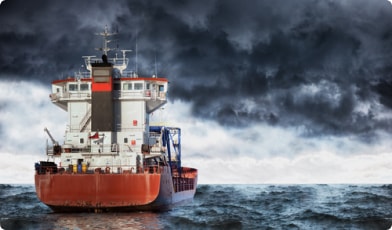 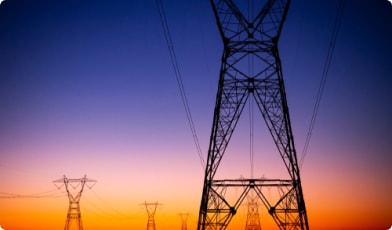 In conditions of maximum ambient temperatures up to +50 ° C and a high content of dust and moisture in the air.

Device for wireless transmission of electricity through two-way communication channels

The wireless electricity transmission device with a two-way communication channel consists of a master and a slave device, each of which contains half a transformer, a microcontroller, VFD, a field-effect transistor, a capacitor and a diode in the demagnetization circuit of the transformer. The device uses a universal asynchronous transceiver (UART) that provides half-duplex communication through a transformer using NRZ encoding in the transmitter and NRZ decoding in the receiver. The slave device is made in the form of a plastic control panel for electrical equipment.

The utility model improves the manufacturability of the design of a wireless electricity transmission device with a two-way communication channel using available structural elements, and also provides high requirements for MTBF, enclosure, moisture and noise immunity of the device in industrial and domestic conditions.

The compact cabinet-type VFD requires non-standard solutions for the implementation of a cooling system for the power unit. This problem Triol engineers managed solved by eliminating additional fans (placing one exhaust fan) in the device together with other elements, which made it possible to reduce the overall dimensions of the VFD by up to 50% in comparison with known analogues. At the same time, thermal calculations and tests have shown that such a constructive solution ensures reliable operation of the device in an industrial environment. The use of louver shutters allows to reduce the dynamic resistance, in addition, they don`t need to be cleaned periodically

The patented design of the cooling system ensures high efficiency of air cooling of the VFD cabinet, while meeting the requirements for ingress protection (IP) of the device housing.

The patented design of the VFD cabinet provides high maintainability, ease of installation and operation of the equipment.

The patented technical solution solves the problem of creating an effective liquid cooling system for electronic components of an electrical device with a distributed ventilation and cooling system for power cells of an electrical cabinet with direct heat removal using a cooling agent. The implementation of the invention provides high efficiency due to the introduction of non-standard design solutions, at least part of the electronic components of the power cells are installed on the surface of the coolers in direct contact with the surface of the coolant carrier, one of the planes of which is in the plane of the surface of the cooling agent. The specified cooling agent is blown by directed air flows from the recirculation fan.

Method and system for automated commissioning of electrical equipment

The algorithm allows you to perform commissioning, as well as control the parameters of complex technological equipment, in a short period of time without sufficient knowledge and skills in a particular field of technology, and allows you to implement the experience and knowledge about the successful configuration of similar or identical systems.

The control system of the TRIOL elevator drive system provides high accuracy of speed and current control of the electric motor, which ensures a high level of comfort and operational safety. At the first commissioning of the elevator installation, the sensor of the angular position of the rotor of the elevator drive system is autophased. The innovative algorithm provides high accuracy of the autophasing of the rotor angular position sensor, where a phase mismatch of no worse than 10 °, due to which it is possible to significantly increase the efficiency of the motor speed control.

An intelligent control system for the installation of a sucker rod pump allows you to control the speed of the sucker rod pump, the pump filling level and to optimize the well flow in real time with the construction of informative dynamometer charts (wellhead and plunger) / (surface card and downhall card). The hardware and software complex allows to build dynamograms without using load cells on the wellhead rod, and also takes into account the mass-dimensional indicators of the sucker rod pumping unit, providing high accuracy and speed of parameter calculations with a graphical display of results.